Importance of Alkaline Diet and Magnesium
Good Fats Are Anti-Inflammatory 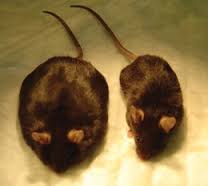 The correlation between type 2 diabetes and obesity is so well established that some researchers refer to the two collectively as “diabesity.” When you gain weight, fat cells become more biochemically active, churning out inflammatory compounds. As obesity ratchets up inflammation, inflammation, in turn, promotes insulin resistance, a central feature of diabetes and the metabolic syndrome that precedes it.

Our bodies have become virtual dumping grounds for the tens of thousands of toxic compounds that invade our everyday world, setting the stage for a slow decline i health. The EPA estimates there are more than 20,000 chemicals that our bodies cannot metabolize. Unable to be excreted from the body, chemicals find their way into our liver, and then migrate to fat cells throughout the body where they are stored. Studies show that most of us have between 400 and 800 chemical residues stored in our cells.Some of the excess weight comes from excess calories, and some come from toxins stored in our fat cells.

Exercise and weight loss work to reduce inflammation in the fat cells and liver. But it gets complicated – no wonder so many people have trouble shedding pounds.

In a 2004 study published in the International Journal of Obesity, 15 obese people lost an average of 23 pounds on a 15-week diet. When researchers compared blood samples at the end of the diet with ones taken before the diet began, they found two differences: Concentrations of leptin – the hormone that usually keeps hunger in check – were 33% lower. And concentrations of industrial chemicals called organochlorines were 23% higher.

Organochlorine is a generic term to include all insecticides containing phosphorus. Includes DDT, lindane, dioxin. Many organochlorines are known or suspected hormone disruptors. They resist metabolism and are readily stored in fatty tissue. Studies have found a correlation between organochlorine exposure and various types of cancer, neurological damage, Parkinson’s disease, birth defects, respiratory illness, and abnormal immune system function.

Leptin is known to raise metabolic rates, so a decrease would slow metabolic rates. The team hypothesized that organochlorines, which are stored in fat cells, get squeezed into the blood as the fat cells shrink during dieting. Then the body, worried about being poisoned, lowers its metabolic rate to keep the cells from letting any more out.

Detoxification is something best done under skilled medical supervision. Toxins not only need to be released, but they have to be “escorted” out of the body or they merely resettle. Additionally, the various organs of the body need to be well supported throughout the process.

The best way to lift out toxins from the body is raising your intake of algae and natural fat as you lower your intake of toxins, carbohydrates and sugar. Eat daily raw grated red beets and carrots with Extra virgin olive oil and green leafs and vegetables.

Resistant Starch on a chemical level